How Badly Does Tragedy Suck?

When national tragedy strikes we get shaken.

Uprooted from our regular routine, we’re affected, if only for a few moments. It’s underneath the grief and sadness that the depth of reality slowly gets uncovered.
Our instinct is to avoid the pain and run. We want freedom from burdens, so stepping into them seems counterintuitive. It’s easier to turn a blind eye. On a national level we’ve done a great job circumventing the topic of mental illness. Perhaps it’s too daunting a task, an elusive goal with too many variables—a problem too big to face. Or perhaps it’s easier to ignore in hopes that it’ll go away on it’s own.


It takes tragedy to shift us in the direction of action, and even then we shy away. The global heartbreak of the Sandy Hook shooting brought much needed attention to our neglected, underfunded and failing mental health care system. It took the massive loss of too many innocent children to ignite a flame—one that died as quickly as it was lit.

Like our own personal problems we ignore them until they get so big and out of control we have no choice but to do something. And what do we do? We have a martini, a jelly donut, or go to the Bahamas. When it’s really bad we do all three— simultaneously.
Avoid, resist, distract and we’ll be fine.
Right?
Not so much.
Robin Williams’ inner anguish was bigger than any short-term relief. Some of us can’t fathom that kind of pain, but I’d say more could relate than not. Suffering is pervasive, with obvious degree. And putting on a mask to hide behind doesn’t heal the pain. Instead it worsens it. Williams was an extreme and obvious case. 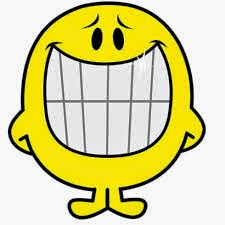 He was Mr. Happy. He defined joy.

Nothing about his outer life said struggle, conflict, inner pain or anguish. His outside presence was a striking dichotomy of his inside world—a hard-hitting message.
Outside appearance means nothing in relation to happiness.
The Buddha began his path when he recognized the immense sufferings of life. We have an innate negative bias. Our ancestors faced many dangers and our evolutionary software has not caught up to the safety of our times. This coupled with familial and societal conditioning has set us up for struggle.
But the Buddha also said, “There is a path leading to a complete deliverance from suffering.”
As much as we want that deliverance to include avoidance, resistance or distraction, it doesn’t. To the contrary, we have to face, accept and allow. Yes folks, it’s about getting dirty. To get through you’ve gotta dive straight in. Meet the pain, welcome it, allow it and give it a big, compassionate hug. It takes courage to step inside and feel it all—and not only feel it but befriend it.
The irony is the things we need to pay most attention to we avoid or sidestep—in individual lives and society. Mental health has everything to do with overall health, success and happiness yet it’s barely discussed and little is invested in its advancement.
Not only is it not discussed, but in most cases it’s still taboo.
We talk freely about a cancer diagnosis.  amily, friends and neighbors drop off casseroles and pastries, offer rides and hand holding. But a mentally ill family member is kept secret—embarrassment and shame adding layers of agony. Community support, one of the most significant boosts in a crisis, is absent.

Solutions?
One place to start is with the next generation. The National Institute of Mental Health reports, “Approximately

one in every four to five youth in the U.S. meets criteria for a mental disorder with severe impairment across their lifetime (Merikangas et al., 2010).

Daniel Rechtschaffen states, “We can look at health factors in nearly every arena and see the same accelerating imbalance. Obesity, autism, attention deficit disorder, anxiety, depression, bullying–whether it is social, psychological, or physical, the trends are moving in an unsettling direction.”
The main current of public schooling has done very little to address the full spectrum of emotional and social development. We have a narrow band of valued achievement, which mostly includes the logic-mathematical minded school system. Emotional intelligence, a term popularized by Daniel Goleman, has shifted the dialogue from strictly IQ focus to one that includes multiple intelligence.
Because of this Social Emotional Learning (SEL) and mindfulness programs have been popping up in public school systems across the country. Still, the programs are sparse and far between with very little national or community emphasis placed on their value.

Society exists because of each one of us. Global change starts with the individual.  When we embrace our own personal difficulties and see them as opportunities instead of annoyances, our will permeates outward.

Starting there is a revolution all its own, a transformation from the inside out. We can seed a future that is vibrant, where no one needs to hide their true selves and where authenticity blossoms unobstructed.
Robin Williams’ death was an enormous tragedy, and even with such devastating loss we find a glimmer of hope. As his wife so eloquently stated, “It is our hope in the wake of Robin’s tragic passing, that others will find the strength and seek the care and support they need to treat whatever battles they are facing so they may feel less afraid.”
Mr. Williams, we graciously thank you for reminding us to dive inward and feel the depth of our own humanity.
Thank you for giving us so much more than we gave you.
Posted by Valerie Vendrame at 4:36 PM